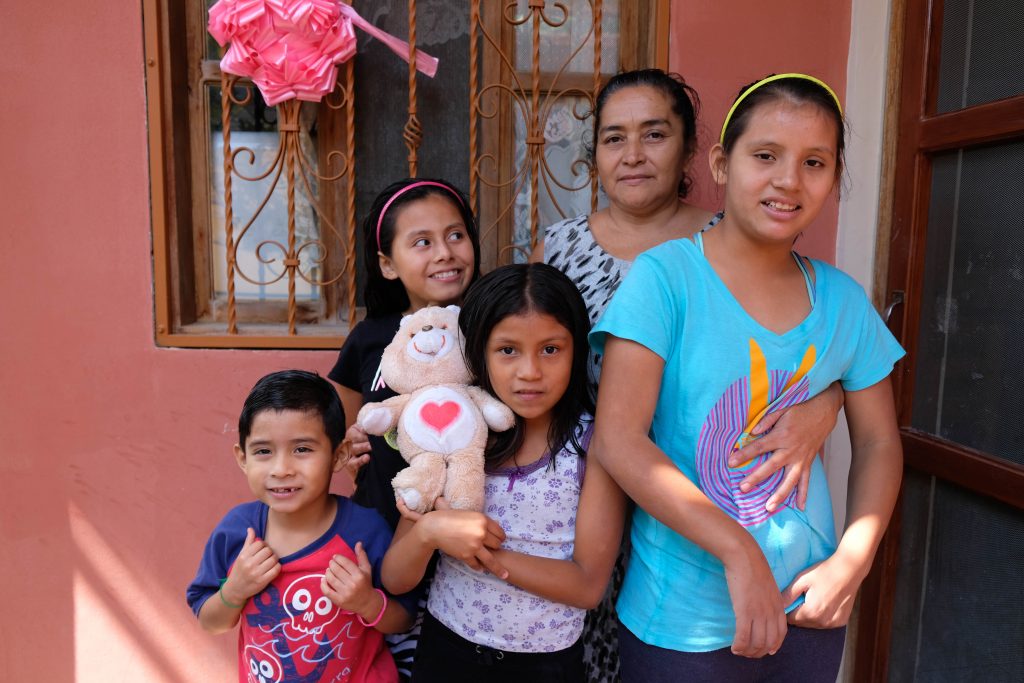 This month we are highlighting our “Casitas,” our namesake program and the core of what we do. Our “little homes” where we have created small surrogate families for children who have been separated from their biological families. As amazing as the “Casitas” have been for the children who have been a part of them, it may come as a shock to hear that ultimately, we’d like to see them disappear. Why? Because children belong with their families.

Are all families perfect? Not even close. Do many families lack the resources to feed their children or keep them safe from illness or provide them an education? Unfortunately, yes. But just because they lack these resources doesn’t mean that the familiar bonds should be severed. These ties are vital for children to develop healthy attachments and resilience for the future. Poverty – which is a societal problem not an individual one – should never be the impetus for separating a family. 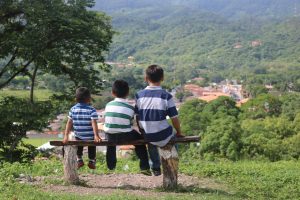 We started our organization in response to a particularly unique problem in our community, an existing orphanage with dangerous, unsupervised living conditions where children were growing up without stimulation, adult care, and access to proper food and medical care.

When the orphanage was shut down and the ten children left living there were transferred into Casita Copán’s care, the majority had severe trauma, attachment problems, untreated chronic illnesses, mental health challenges, and emotional and conduct disorders. The first thing we did was search the nearby communities to find family members of each child. In most cases, we found mothers, aunts, grandmothers. But the truth was, the kids weren’t ready. They had lived their whole lives in institutional care and those crucial family bonds needed to create trust had long been destroyed due to harsh visitation restrictions at the old orphanage. And many of their families struggled with extreme poverty, homelessness, mental illness, and violent family dynamics. 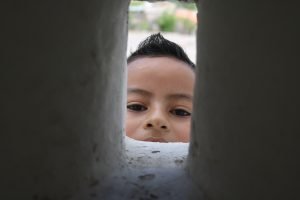 It seemed like an impossible dilemma. We knew that children needed to be with their families, but we also knew that family reunification could be dangerous – emotionally and even physically – for both our kids and their families if we didn’t do it right. Our kids needed intense therapy, and they needed to be re-conditioned to learn to follow a routine, to perform basic hygiene and self-care tasks, respect rules, and to manage their emotions without aggression and severe tantrums. They needed to learn to trust adults and to trust themselves.

So, we created the Casitas. Each “casita” was a home for a small group of children with a dedicated caregiver who could serve as a source of love, trust, and authority. The children learned so many vital skills – how to get along with others, how to be responsible for household tasks, how to run errands, how to cook, how to follow rules and how to manage their emotions. The children and their caregivers developed strong bonds and our kids slowly began to work through their traumas. But still, something was missing.

Our kids needed to get to know their family members. Some had met before, but most were terrified when their mothers showed up to visit. Because the former orphanage had been unstructured, with an inconsistent stream of adult “employees” coming in and out, they had heard stories – perhaps true but most likely invented or exaggerated – that their mothers had abused them or tried to kill them. 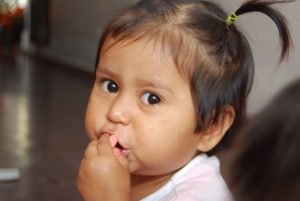 They had been told that the orphanage was their home because their mothers did not love them and had abandoned them there. As we sat with each mother and grandmother who came to visit, we peeled back the layers of the story to find a very distinctive truth. Yes, there were stories of poverty, of abusive relationships, and an almost universal presence of depression. But none of the mothers or grandmothers intended to give up their children; they had come to the orphanage seeking shelter, and then after several months, were told that they could no longer see their children or grandchildren. The stories were not carbon copies; yes, some of the mothers admitted to being young and irresponsible, others admitted to putting their own needs ahead of their children. But then when they tried to fix their mistake, it was too late. The doors had been closed on them.

It is hard to admit, but it hasn’t been easy to open our doors. We’ve struggled with an instinct to protect our children at all costs because of the fear of what awaits them in their communities and even in their family structures. Once they leave Casita, we can’t guarantee that they’ll be safe. But the truth is, we can never promise safety, not within an organization, not even to our own children. We live in a damaged world, and we all need to work on making our society safer, not just creating protective bubbles that deny our children the rights to explore, make mistakes, and experience real life.

Slowly, we started reconnecting children with their relatives and just a few years ago, began our first family reunifications. Telling you that the reunifying a family is a perfect process would be a lie. On the first day there are tears of joy and a palpable feeling of hope, but then real life happens. The kids who have grown up at Casita are independent, speak their minds and stand up for their rights, something that isn’t always welcome in traditional family structures. Both our kids and their families have to get to know each other and learn to coexist. Sometimes things flow; other times conflict ensues. But this is all part of the process. We counsel the kids to be humble, to listen to the wisdom their families can teach, but ultimately to hold on to their values as individuals. We also support the family members with counseling, advice, and help with food and household items, alleviating the financial costs required to support a child. We have even helped with building physical structures and even a small house to keep families together.

So, if the Casitas eventually disappear, what does that mean for us at Casita Copán? Our mission has always been to prevent child abandonment, so we would continue to focus on the different problems in our society that lead to children being separated from their families. We would increase efforts on improving the wellbeing of women, on facilitating educational and occupational opportunities for youth. 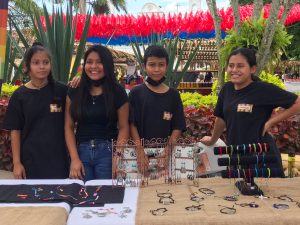 We may need to maintain a Casita or two for a while, because unfortunately we still need protective homes for children in physically dangerous situations, however our goal would be to keep the stay short while we find and coach family members. And we may even start building a structure of foster care here in Copán Ruinas to respond to family emergencies in a safer, less traumatic way.

We will always remember the smiles on our children’s faces when we opened our first “Casitas” and showed them around their very own home, the spacious rooms with comfy couches, little shelves with toys, their new bedrooms with stuffed animals laying on the pillows. And we know that we did the right thing for them at the time. But we’ve also seen the smile when they meet their father for the first time, when their older sister comes to visit and introduces them to their nephew, when we drive up into the mountains so they can spend time with their aunts and uncles and too many cousins to count, when the papers are signed and they finally get to go back home and live with their family. And those smiles reassure us that we are on the right path.

The Casitas project has been possible thanks to the commitment of our sponsors and our donors to better the lives of the children of Copán Ruinas. This initiative will continue to protect children from dangerous living conditions while suitable homes with their families are found. You can ensure they continue to receive all they need to thrive by becoming a sponsor or donating to our Anniversary campaign.