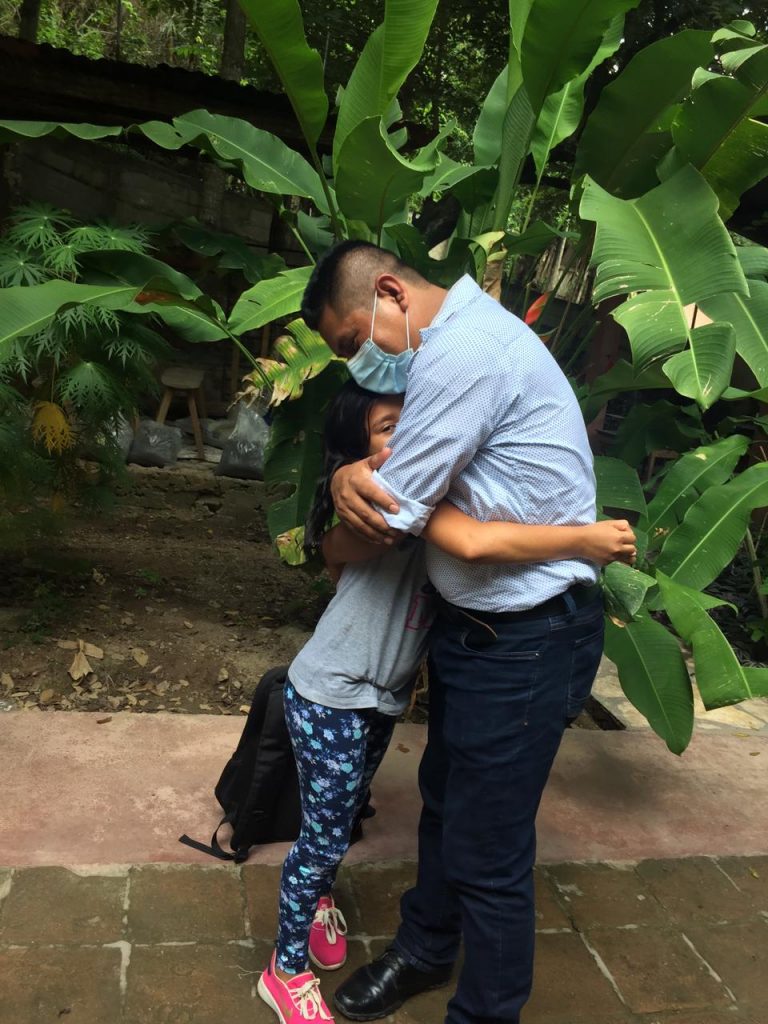 It wasn’t the first time I’d sat in the DINAF child services office, awaiting a family reunification hearing. But it felt different this time. Dani’s father was early. He had brought his mother and his oldest daughter on the trip and their faces were bright with excitement. When they saw Dani, they immediately embraced.

During the hearing, we talked with the lawyer about starting over. About second chances. It’s easy to focus on the mistakes we’ve made, the things we did or didn’t do when we were younger. But it takes courage to change, and that’s what Dani’s dad was doing. He wasn’t looking back or hiding from the fact that his daughter was 10 and he had only met her this year. He wasn’t motivated by guilt or grudging obligation. Pure and simple, he was motivated by love.

Earlier that morning, when we stopped at my favorite café just outside of the urban center of Santa Rosa, Dani remembered. We talked about the last times we were there, more than three years ago, when her mom left and she came to Casita, and then a year after that, when she went back to live with her mom after Rosa got a job and promised to change. Dani remembered the steep steps down to the bathroom, that she didn’t like the salty cheese they served with the plato tipico, that she felt nervous when she first came to Casita, but then got used to it and felt good.

“How do you feel today?” I asked her. Her eyes were nervous, but her smile constant. “I’m really happy,” she said. “It will be different but I feel so happy.”

Before she left Copán, Dani wrote notes to the people who had cared for her at Casita.

When the reunification papers were signed, Dani and her dad couldn’t stop smiling. They had found each other after all these years. It’s true, the story was only beginning and a thousand challenges await. But they both knew that. They made an unspoken promise to each other to face those challenges together, as a family.

I felt humbled to share this moment with them and it gives me hope that there will be more moments like this in the future for other kids who are looking for their families. And in the meantime, Casita Copan is there to help care for those who are still looking and waiting for their moment.