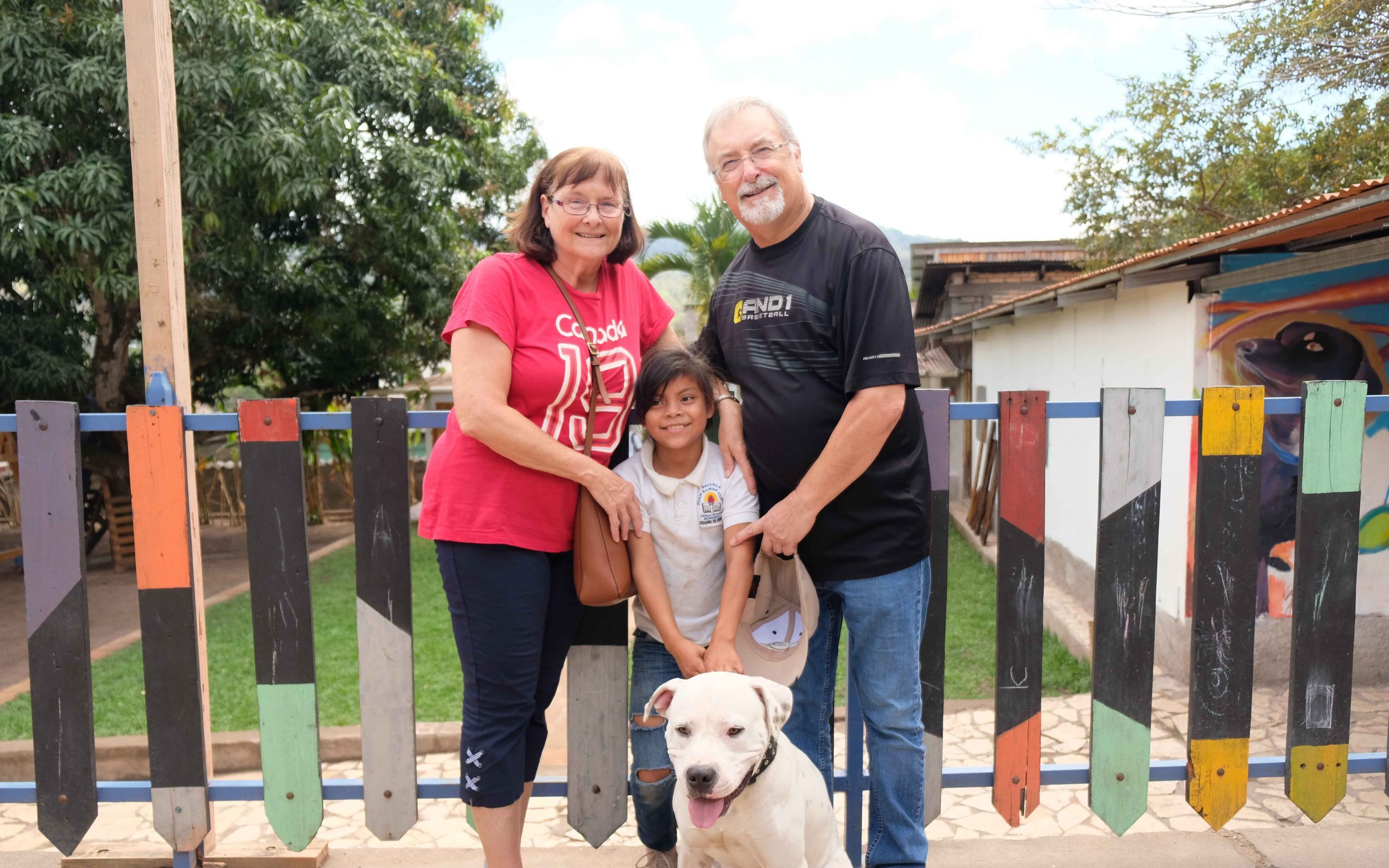 Following multiple bookings and a series of canceled flights, long time Casita Copan supporters Eric and Sue Hammond were able to make it back home to Ottawa after their unexpectedly extended visit to Honduras.

Eric and Sue are among the longest standing and most loyal of Casita Copan’s supporters. They first donated to Casita in 2012 and have subsequently visited us several times. Their passion for the work that we are doing at Casita Copan is unequivocal. In addition to enjoying sharing and working with the kids when they are here, every year they hold a Casita Copan fundraiser at their home in Ottawa.

In March of this year, Eric and Sue were here in Copan Ruinas, coming to the end of a two-month trip to Honduras and Guatemala, in which they traveled a little, but spent most of their time in Copan Ruinas, using it as their base. We all know too well what shook the globe in late March. Just days before Eric and Sue were due to fly home to Canada lockdown began in Copan Ruinas, Casita paused its Daycare Program, businesses closed, and people’s livelihoods were immediately put at risk. In typical Eric and Sue style, and without skipping a beat, their reaction was to roll up their sleeves and help or find help for those that needed it the most. They supplied food for local families and even cooked meals once a week for our kids that were temporarily staying with our Executive Director, Emily, due to the upheaval.

After doing what they had been able to do to help, their minds turned back to returning home but their selflessness and kindness was not paid back. They had several flights cancelled over a 10-week period and when they were finally able to travel, it was a two-day event. Having originally planned to fly via Florida to see family on their way home, they first ended up having to fly from San Pedro Sula to Houston. Having stayed overnight in Houston, they took an early morning flight from Houston to Chicago, transferred to another flight from Chicago to Toronto, before jumping on their final airplane of the saga from Toronto to Ottawa.

Here at Casita Copan, we are all very happy that they are back home safe and sound. We’re saddened that their annual fundraiser will not be in person this year due to the circumstances. It is an important event for them to be able to share with their family and friends their experiences here and the work that we’re doing at Casita, as well as being a significant source of funding for our programs. But we are certain that Eric and Sue will continue to support and rally for Casita whenever needed.

Thank you for everything you do for us, Eric and Sue. You are a constant reminder of what it means to be a true ally and supporter.  Stay safe up there and we’ll see you soon!