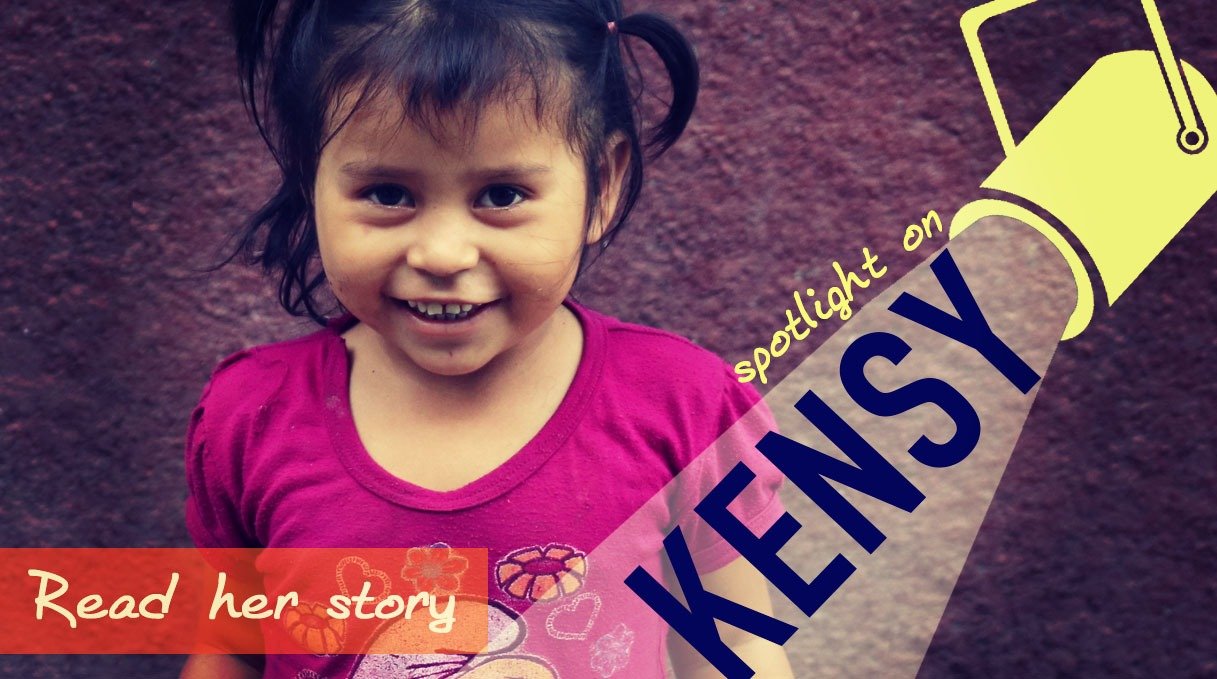 Did you know that the majority of children in Honduras end up in orphanages primarily because of poverty?

That’s a frightening fact. Research assures us that children have the best chance to develop properly and reach their potential when they grow up with their biological parents. Obviously there are situations that prevent children from living with their birth parents, but these situations should be the exception, not the norm. 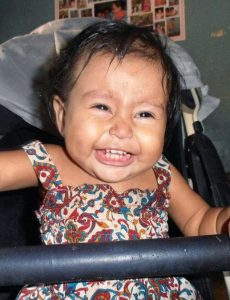 Kensy is one such child. Her mother, Rosa was only seventeen when she found out she was pregnant. Finding support within her own family was impossible. In the village of Virginia, an hour drive up the winding mountains surrounding Copán Ruinas, everyone already had too many mouths to feed. Scared and desperate, Rosa sought refuge in an orphanage in Copán Ruinas, hoping to find work and earn enough money to rent her own apartment and start her life with Kensy.

Kensy’s birth was just the beginning. Finding a decent job was difficult since Rosa had only made it through first grade before her parents pulled her out of school to help pick coffee and take care of her nieces and nephews. She eventually found a job, but it only paid 1300 L. a month or about $65. After paying rent ($40 for a single dark room with a shared bathroom), she had about $25 to feed herself and her daughter for a month.

The director of the orphanage told her that Kensy would be better off there. So Rosa made a decision that later she came to regret.  But at the time, it was the only choice she felt she had. She left Kensy at the orphanage and left for the nearest city to try to earn as much money as she could. 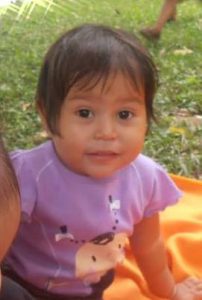 Rosa came back for Kensy after about a year. She tried leaving Kensy with her mother but her mother’s health was failing. Luckily, Rosa knew about Casita Copan because her sister’s three children had recently joined the Children’s Center. When Kensy first started at Casita, she was underweight and behind developmentally. But like all young children, she proved her resilience and she quickly caught up with the rest of her peers. Kensy started kindergarten this year.

Life is still not easy for Rosa. She works seven days a week, ten hours a day, for roughly $75 a month. Kensy’s father has never sent money to support her and Rosa struggles to maintain healthy relationships with her family members. But with the support of Casita, Rosa is not alone anymore.

Kensy and her mom have bonded again, even after the years when Rosa left Kensy at the orphanage first and then with her mother. They are now back together and their matching smiles prove that they are healing. That’s the power of family. There’s something biological that draws us to our family members and at Casita we believe that the connection between mother and child should be nurtured.

Casita exists so that moms like Rosa can find the support they need to keep their families together. By providing daycare services, healthy meals, medical care, educational support, and emergency help, working moms like Rosa don’t have to do it all on their own.

We are able to provide these life-changing resources to families like Kensy and Rosa because of our child sponsorship program. Sponsors commit to a monthly donation of $30, $60, or $90 and are matched with a child on our waiting list.

This Spring, we are very much in need of new sponsors. Even a one-time donation will help children like Kensy have a better future and be able to escape poverty. Donate today, change a life forever!